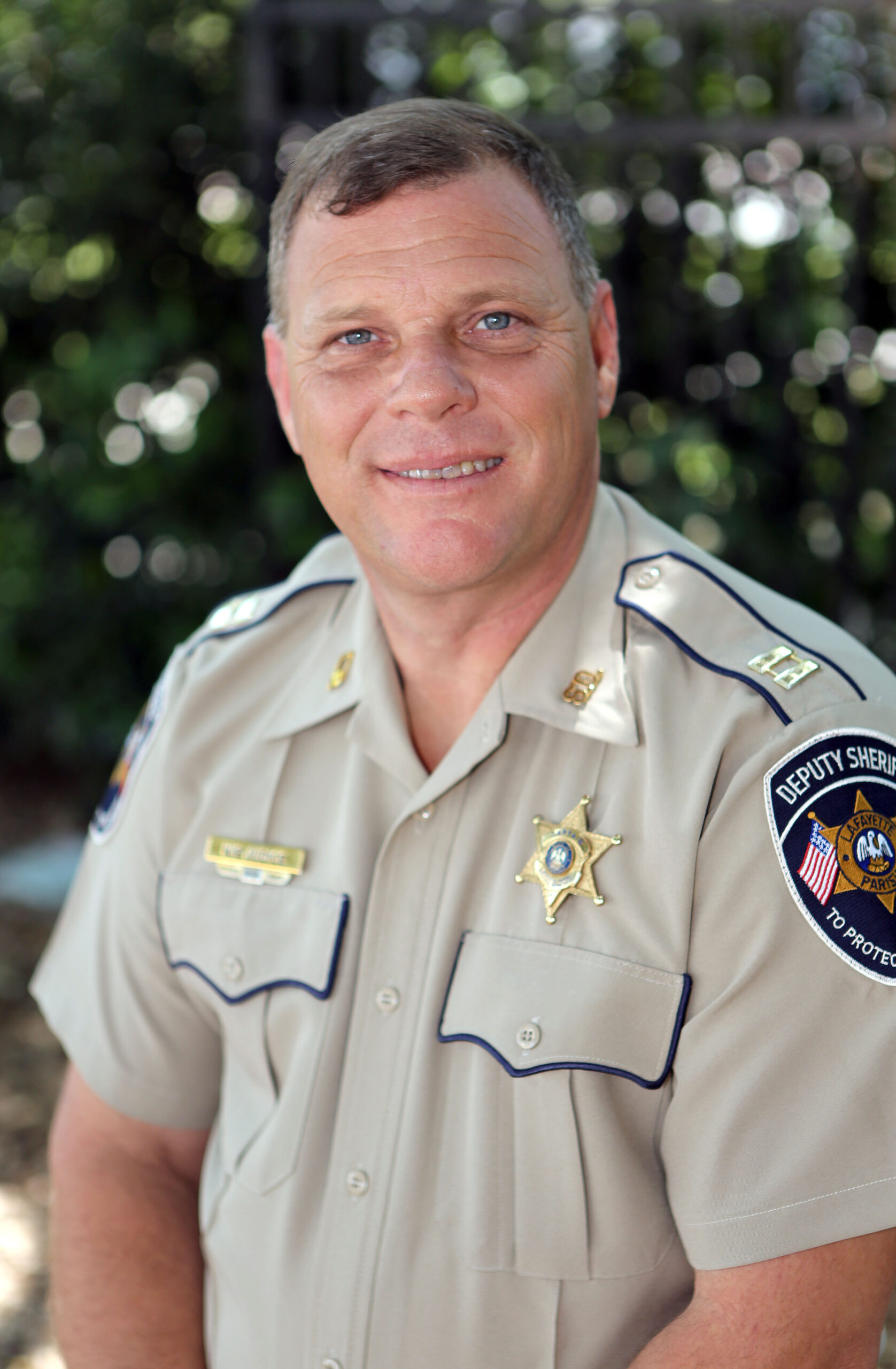 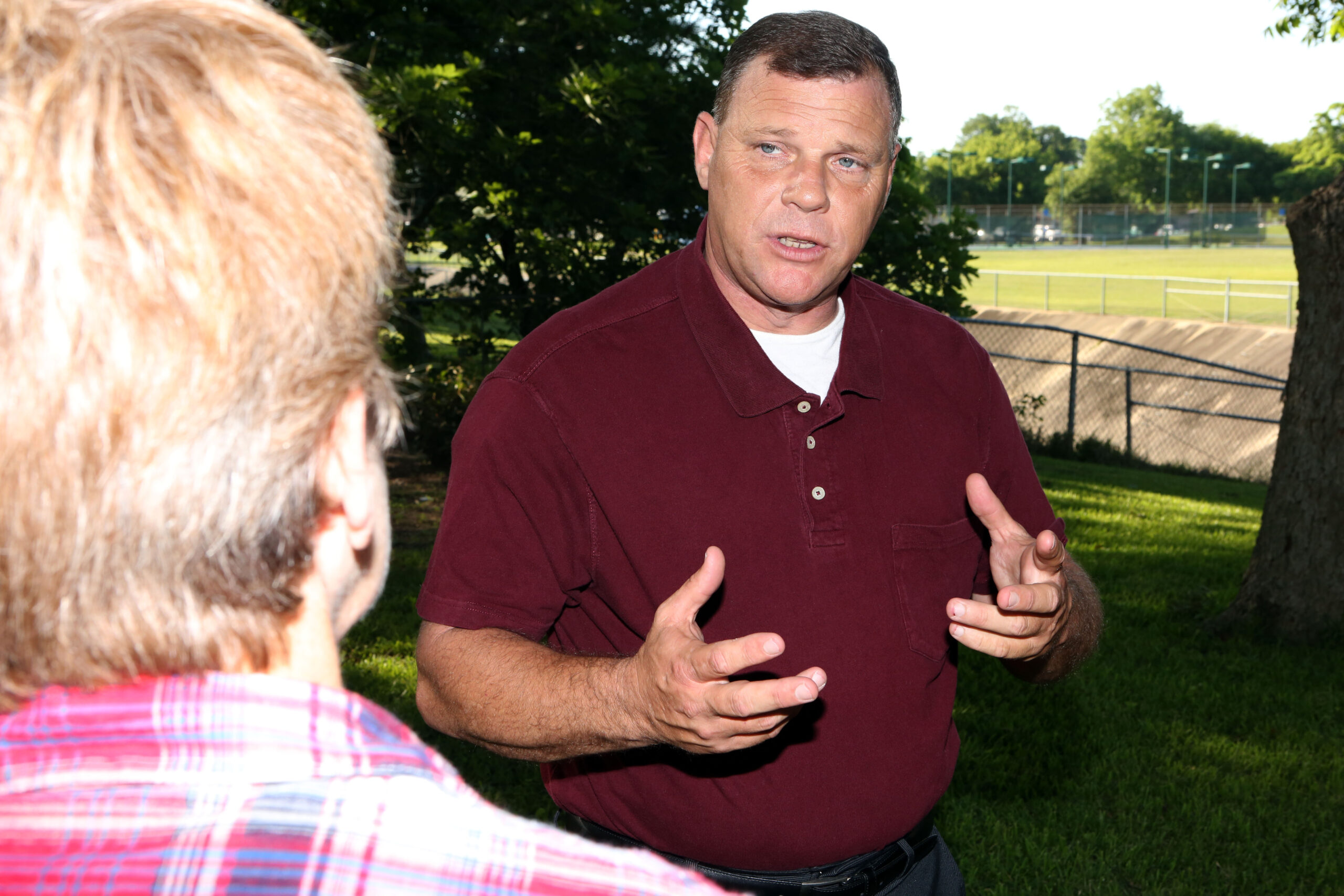 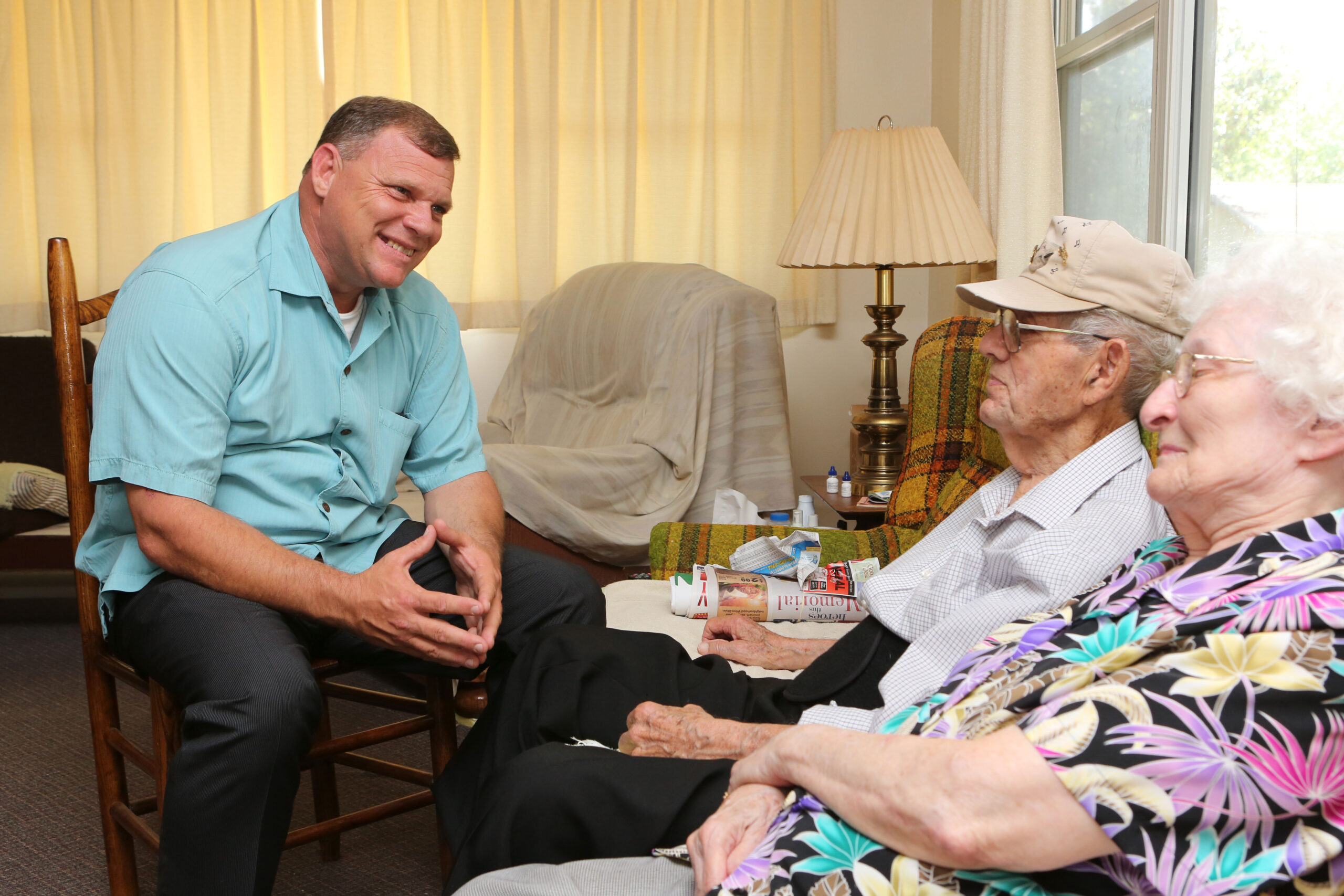 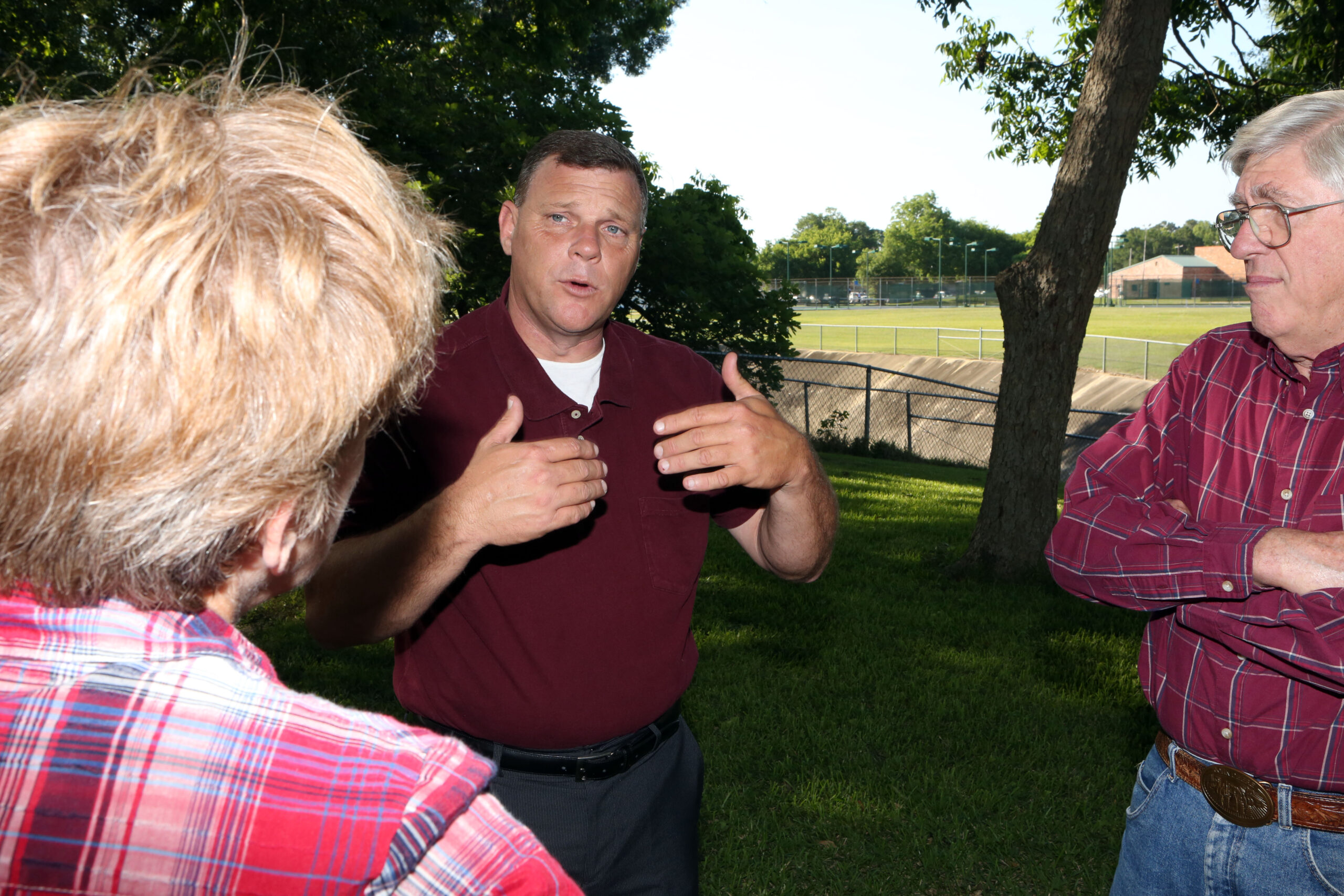 Kip Judice is a 55-year-old a lifelong resident of Lafayette, Louisiana.

Kip grew up in Upper Lafayette and attended J.W. Faulk Elementary and NP Moss Middle School through the 7th grade.

His family moved north of Scott and Kip transferred to Scott Middle for the 8th grade, then attended and graduated from Carencro High School in 1983.

Kip is one of nine children, born eighth in line to the late Jerome and Nelda Girouard Judice.

Born a catholic, he continues to practice his faith as a parishioner of Holy Cross Catholic Church, he also is third-degree Knights of Columbus member.

With his Father and older siblings as examples, Kip learned the value of hard work at a young age, working side by side with them in the family garden, hay fields and in construction site.  He has been actively employed since he was 14 years old.

The Town of Duson appointed Kip as Chief of Police in 2015.  He has been successful in transforming the police force from a poor performing department to a highly respected agency.  Kip has increased technology, improved hiring practices, established a records management system, increased manpower and equipment, established policies and procedures in accordance with best practices and the law.

Kip is the only candidate who has 5 years of experience as a police executive.

He is currently a certified police executive in the State of Louisiana and maintains a POST certification as well.  Under the leadership of Kip Judice the Duson Police has flourished into an agency that is regarded by others as a model for quality law enforcement in the area.

For the past 3 years, Kip, after being elected by his fellow Chiefs has served as President of the Southwest Louisiana Chiefs of Police Association, to guide our regional organization in good times and times of crisis.  Kip is active in the Louisiana Chiefs of Police Association and is on the legislative committee, which helps to draft and adopt new laws in the state.  Kip has worked with area legislators to pass some laws which are critical to the safety of our officers and to the proper functioning of area departments.

Kip was also assigned to the South Louisiana Serial Killer Task Force as an Investigative Supervisor and along with other LPSO investigators was instrumental in getting DNA Laboratories to run the DNA profiles of black men as potential suspects despite a witness and FBI Profile indicating a white suspect.  After employing the black male possibility Derek Todd Lee a black, man was identified through DNA as the person responsible for killing 7 women in southwest and south central LA.  Due to his persistence in the case Kip presented at the Academy of Forensic Sciences in Seattle, Washington in 2006, a distinction customarily reserved for Scientist in specific fields.

Kip was the lead investigator in the 2015 investigation into the Knight Oil Tool executive who paid two law enforcement officers (State Trooper and LPSO Deputy) to plant drugs on his brother in an attempt to remove the brother from the estate.  Kip’s diligent work on this case yielded the guilty pleas in State District Court of all three men along with a fourth accomplice.   Kip was able to obtain audio recorded confessions of two of the four men.

Though his career in law enforcement has been impressive and rewarding Kip’s greatest love is his family.  Married to the former Susan Beth Justin for the past 28 years, Kip continues to see the rewards of this union.  “Susan is the world to me, her strength, and love carry me through on days when I don’t know if I can go on”.    Kip and Susan are parents of two daughters, Emily and Brandi, both locally employed and successful in their own professions, Emily has blessed her parents with two grandsons, Rhett and Trace and Brandi will be introducing her son, Aiden, as she is due in mid-December.  Kip often references “hitting the family lottery” when reflecting on his home life.

Kip and Susan have resided most of their life together (25 years) in South Lafayette off of Johnston Street near Broadmoor Subdivision.  In 2016 Kip and Susan acquired Kip’s family home north of Scott, but have since moved back to the City of Lafayette and reside in White Oaks Subdivision in Mid-City Lafayette due to the requirement of residency in the City Marshal’s Qualifications.